Leaders of Resistance movement appeared in a televised address on Wednesday to issue a united address to both the Ummah (nation) and the enemy on the occasion of Al-Quds Day, which is this year under the slogan of ‘Al-Quds Pathway of Martyrs’. 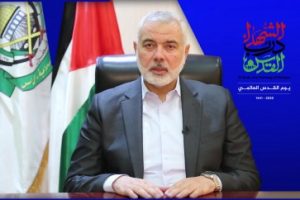 Leader of Hamas Palestinian Resistance movement Ismail Haniyeh saluted all the Muslim Ummah (nation) on the occasion, warning that Al-Quds and entire Palestine are in danger.

“On Al-Quds Day our hearts are attached to our promise and to Al-Aqsa Mosque and Al-Quds.”Leader of Hamas Palestinian Resistance movement Ismail Haniyeh

“I salute all those who back the resistance, on top of which is the Islamic Republic of Iran which offered the Palestinian people all forms of support.”

He called for an inclusive strategy in order to confront the Israeli threats, threatening the Israeli occupation against committing any folly.

This plan is based on the resistance, and especially the armed resistance as the only way to confront the Israeli occupation, Haniyeh underlined 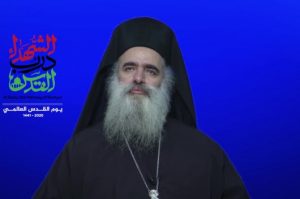 “Israeli attacks on Al-Quds are attacks on our heritage,” the Palestinian archbishop stressed.

He asserted that the Arab and Muslim nation can’t be dignified without Al-Quds, calling on the Arabs and Muslims not to abandon Al-Quds.

“When we defend Al-Quds then we call for the Palestinians’ right of return to their land.” 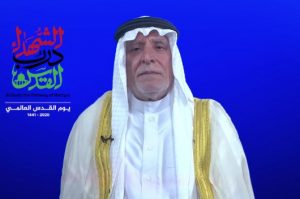 Head of the Sunni Endowment of Iraq Sheikh Abdul Latif Al-Hamim called Al-Quds as the ‘sister of Baghdad’ key for Palestine’s liberation.

“The path to liberate Al-Quds is not closed. It will not be liberated without armed resistance.”

The Iraqi cleric regretted that some Arab regimes have been condemning and prosecuting all those who resist the Israeli occupation.

Ayatollah Qassem: Bahraini People’s Choice is to Stand by Ummah 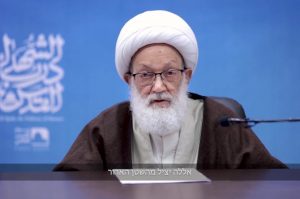 He stressed that the choice of Bahraini people is to stand by the Ummah against the Israeli ocupation.

Unlike the regime in Manama, Bahraini people wash their hands from all forms of conspiracy against Palestine, Ayatollah Qassem said, referring to Al-Khalifa regime’s attempt to follow the track of Saudi Arabia in normalizing ties with the Zionist entity.

Al-Khazali: US Withdrawal from Iraq, Vanishing of ‘Israel’ Inevitable 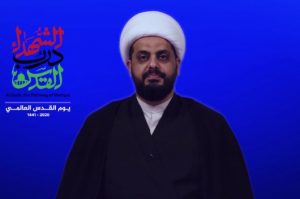 He noted that Imam Khomeini wanted by declaring the last Friday of the holy month of Ramadan as an annual day for Al-Quds to revive this issue in the mind of the Ummah.

Al-Khazali said that the United States and the Zionist entity wanted to divide Iraq through creating Daesh (ISIL) Takfiri group. However, he noted that this scheme was foiled thanks to the religious authority in Iraq and Iran-backed Resistance factions in the country.

He stressed, meanwhile that US withdrawal from Iraq and the vanishing of the Zionist entity are both ‘inevitable’. 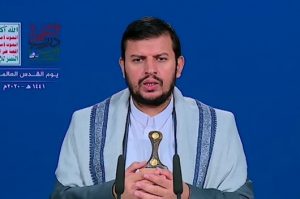 Meanwhile, he reiterated a previous offer to hold a swap deal with the Saudi regime that stipulates releasing Saudi pilots and soldiers in exchange for setting Palestinian prisoners held by Riyadh free.

“We renew our offer to hold a swap deal with the Saudi regime. We may also release another Saudi pilot in exchange for setting Palestinian prisoners free if Riyadh agrees.”

The leader of Ansarullah stressed the Yemeni people’s stance to stand by the Palestinian people.

He also denounced all attempts of normalization with the Zionist entity by some Arab countries, especially the Saudi regime. 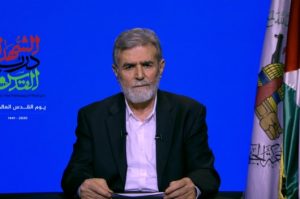 He called for unity among Resistance factions, stressing that the Ummah will unite on Resistance, but not on surrender plans and normalization attempts.

“Resistance is a long path, but it is the only one that will bring dignity and freedom.”

Nakhale said the Palestinian Resistance will stand firm against all forms of conspiracy against Al-Quds, on top of which is the so-called ‘deal of the century’.

He also praised General Qassem Suleimani, describing him as the ‘martyr of Al-Quds’. 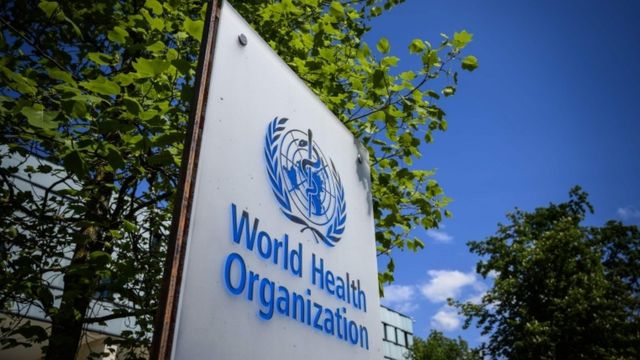 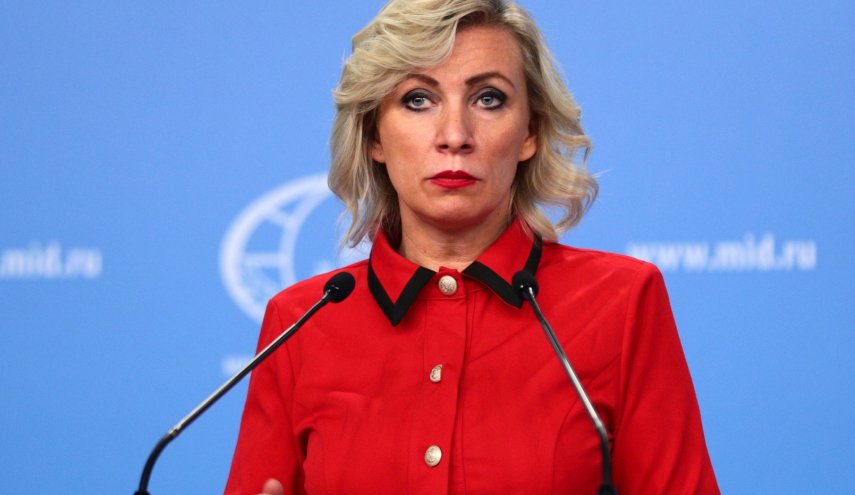 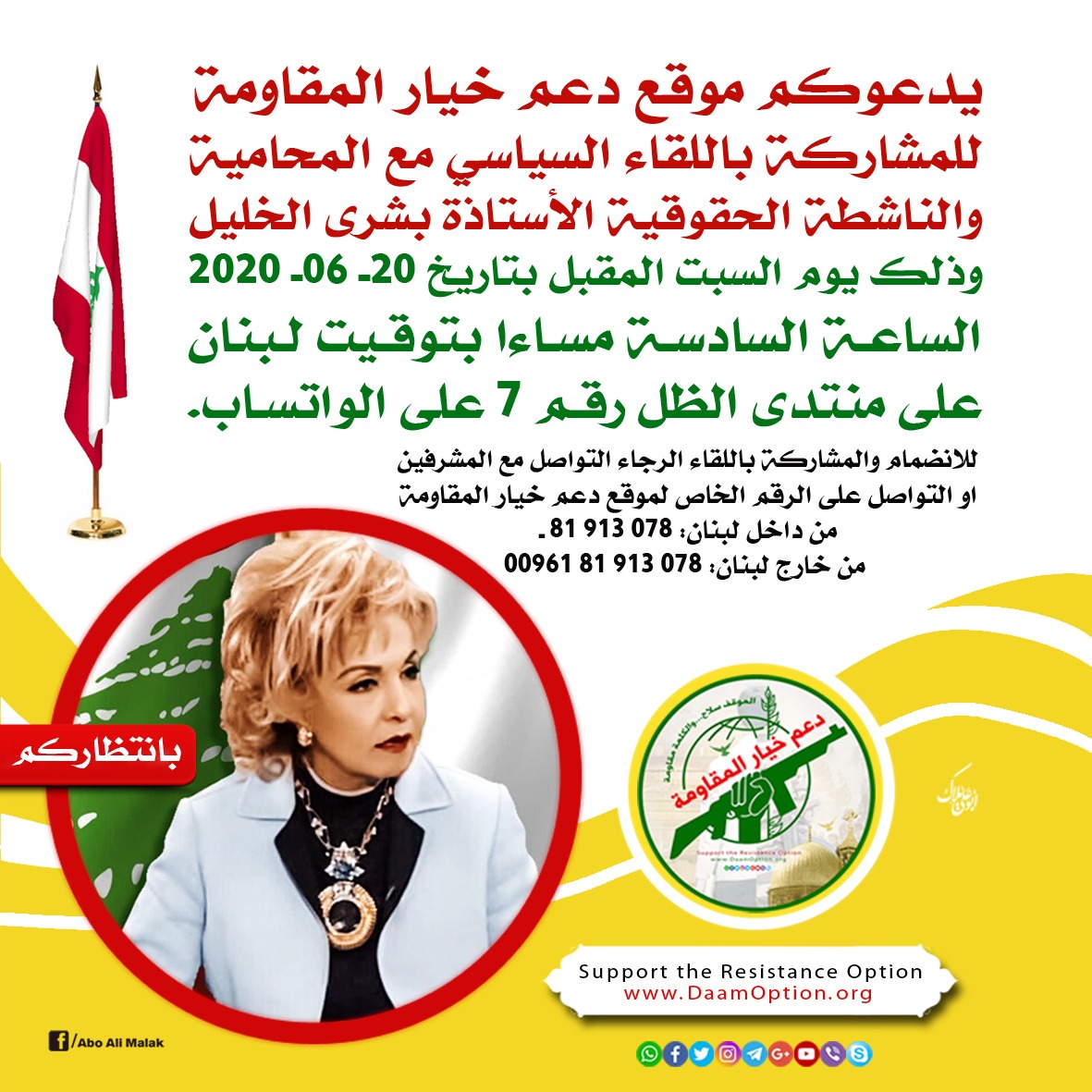