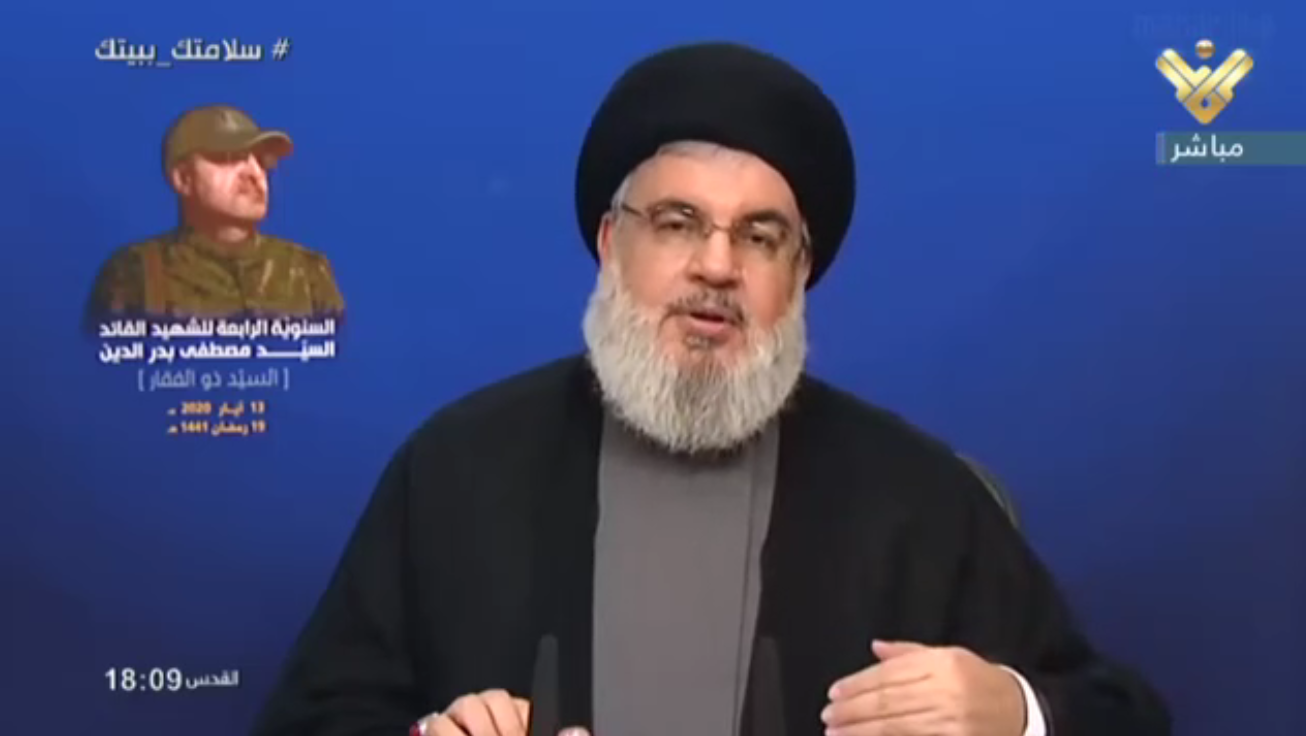 Hezbollah Secretary General Sayyed Hasan Nasrallah on Wednesday responded to all those who cast doubt about the outcome of the Syrian War by stressing that Damascus has emerged victorious in the universal war which was waged by hegemonic powers against it.

In a televised address on the fourth martyrdom anniversary of senior commander Mustafa Badreddine (Zoulfikar), Sayyed Nasrallah warned Israeli officials and commanders against committing any folly in Syria that could lead to the explosion of the region.

His eminence addressed the Israeli people, saying that Zionist officials are lying on them and creating fake goals and fake victories in Syria.

Meanwhile, the Hezbollah S.G. warned some Lebanese sides against betting on the ‘regime topple’ in Syria, calling for restoring ties between Lebanon and Syria as a key step to solve major problems in Lebanon including the economic ones.

Sayyed Nasrallah dismissed reports on an alleged conflict between Iran and Russia over Syria, noting that such reports are part of psychological warfare following the defeat of the scheme launched by the US and other hegemonic powers.

Sayyed Nasrallah started his speech by offering condolences over the martyrdom of Imam Ali (a.s.) in Laylat Al-Qadr.

He said that the first Imam for Shiites is the first Muslim figure who stood against the Kharijites, noting that the Takfiri ideology which Hezbollah and its allies have been facing in the last years is an extension to Kharijites’ doctrine.

His eminence also saluted the nurses on their day, praising them for being in the front line of the battle against coronavirus.

Shifting to the occasion of the speech, Sayyed Nasrallah stressed that the leadership in Hezbollah is keen to commemorate the martyrdom anniversaries of its commanders and fighters who scarified themselves for the path of Resistance.

Sayyed Nasrallah then talked about the characteristics of the Martyr Badreddine and narrated his experience with him during the Israel aggression on Lebanon in 1996 and during the Syrian war which was erupted in March 2011.

“Martyr Mustafa Badreddine had high morals and powerful spirit which we really need in order to overcome all kinds of challenges. He was courageous and confident commander who inspired all fighters whom he led.”

“Commander Badreddine was the head of Hezbollah’s central command during April War in 1996. His leadership of the battle led to the victory in that year, ahead of the victory during the liberation of south Lebanon in 2000.”

The War in Syria

Sayyed Nasrallah then elaborated on the Syrian war and Hezbollah’s involvement in it.

In this context, he stressed that the reason behind the war in Syria was neither related to the regime in Damascus nor to the person of President Bashar Al-Assad, but rather it was because Syria was out of the US control.

“Syria which refused to surrender to the US was in the heart of the Middle East’s equations.”

Talking about Hezbollah’s participation in the Syrian War, Sayyed Nasrallah noted that the leadership in Hezbollah knew that such step would have negative repercussions.

“However, the extent of threats posed by such scheme against Syria and Palestine prompted us to go there.”

He said that Martyr Badreddine had fought the Takfiri militants in Syria alongside commander of Iran’s Quds Force General Qassem Suleimani, who was martyred earlier this year in a US drone strike on Baghdad airport.

Meanwhile, Sayyed Nasrallah responded to all those who cast doubt on the outcome of the Syrian War by saying: “Syria emerged victorious at the end of a universal war. It has survived a scheme which aimed at dividing it. Of course there still are some regions like Idlib that are not liberated but in all Syria has triumphed.”

His eminence noted that Syria has been subjected to different forms of pressure by hegemonic powers in order to secure by political means achievements that could not be reached by military means.

No Conflict between Iran, Russia

Sayyed Nasrallah on the other hand, put reports on alleged conflict between Iran and Russia over Syria in the context of continuous Psychological war against Syria.

“Iran is not engaged in an influence war with any side, neither with Russia, nor with any other country. Its goal is to prevent Syria’s fall in hands of US and Zionist entity.”

His eminence underlined that Iran doesn’t interfere in the internal affairs of Syria, noting that Tehran is keen to preserve Syria’s independence, integrity and sovereignty.

Meanwhile, he noted that it is normal that Iran and Russia have different assessments to the situation in Syria.

“Israeli defense minister is lying on his people and the world. He is talking about fake victories in Syria.”

“The Israelis lose the war in Syria, and they have been targeting all what is related to missiles manufacturing in Syria, because they believe that missile pose high risk to Israel.”

“The Israelis believe that Syria poses risk to them and they are concerned over the presence of Iran and Resistance movements there,” his eminence added.

Sayyed Nasrallah described Israeli defense minister as ‘idiot’ over remarks he made about alleged Iranian withdrawal from Syria by the end of 2020.

“‘Israel’ set fake goal for Syria since there have been no Iranian troops in Syria but rather there have been military advisers who train forces and coordinate Tehran’s support to Damascus.”

His eminence stressed, meanwhile, that the decision to reduce number of Hezbollah fighters was coordinated with the Syrian Army and was following the military achievement, not military losses as alleged by the Zionist officials.

The Hezbollah S.G. stressed the importance of restoring ties between Lebanon and Syria, calling on some sides in Lebanon to stop betting on toppling the Syrian regime or making some changes in this regard.

“The financial and economic situation is the number one concern for the Lebanese people, and restoring ties with Syria is the only way to solve major problems including the economic ones.”

“Smuggling between Lebanon and Syria is one of the major problems that can’t be solved without coordination with the Syrian state.”

Commenting on some calls for deploying UN forces along the Lebanese-Syrian border, Sayyed Nasrallah denounced such calls, stressing that this is one of the major goals of July War in 2006, “and we totally refuse such move.”

At the end of his speech, Sayyed Nasrallah urged the people in Lebanon to strictly abide by measures aimed at battling coronavirus. 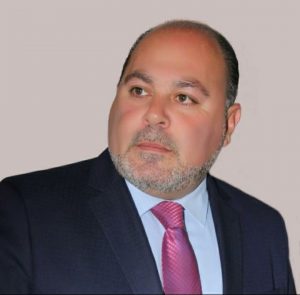