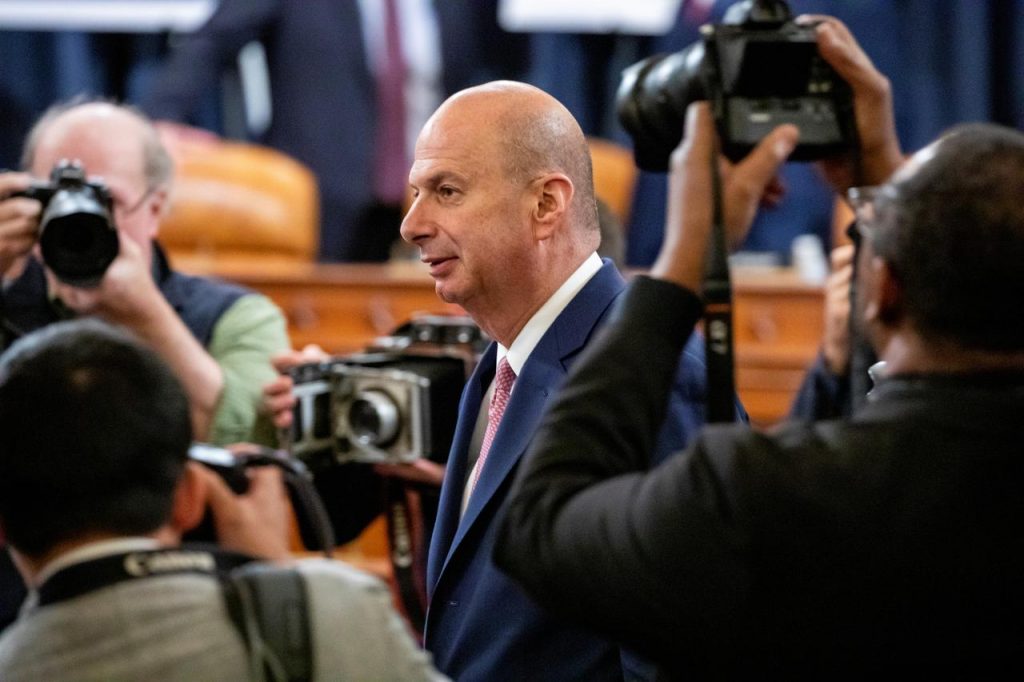 United States Ambassador to the European Union Gordon Sondland is expected to be the next official removed from the Trump administration, according to a statement from the US official.

“I was advised today that the president intends to recall me effective immediately as United States Ambassador to the European Union,” Sondland said in a statement obtained by the New York Times. The ambassador thanked US President Donald Trump “for having given me the opportunity to serve.”

Sondland’s statement comes just hours after it was announced that Lt. Col. Alexander Vindman, a Ukraine expert on the US National Security Council and an Iraq war veteran, had been removed from his position.

Both Trump administration officials testified before the US House of Representatives during the impeachment inquiry late last year, and their firings come just two days after Trump was acquitted by the US Senate on charges of abuse of power and obstruction of Congress.

While US House Intelligence Committee chairman Rep. Adam Schiff (D-CA) argued that Sondland’s November 2019 testimony was “a very important moment in the history of this inquiry,” the White House contended that the ambassador’s statements cleared the US president of any wrongdoing in the Ukraine scandal.

“Though much of today’s testimony by Ambassador Sondland was related to his presumptions and beliefs, rather than hard facts, he testified to the fact that President Trump never told him that a White House meeting or the aid to Ukraine was tied to receiving a public statement from President [of Ukraine Volodymyr] Zelenskyy,” the White House said at the time